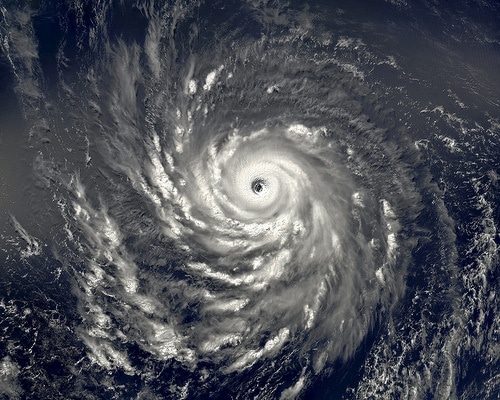 The National Oceanic and Atmospheric Administration (NOAA) is predicting an active hurricane season. It estimates there will be five to nine hurricanes, with two to four of them being major storms.

A weak El Niño could make for a more active hurricane season this year.

Forecasters said there is also a 70 percent chance that 11 to 17 named storms, five to nine hurricanes and two to four major hurricanes will form this year. Last year, there were 15 named storms. During an average year, there are 12.

“The outlook reflects our expectation of a weak or non-existent El Nino, near- or above-average sea-surface temperatures across the tropical Atlantic Ocean and Caribbean Sea and average or weaker-than-average vertical wind shear in that same region,” said Gerry Bell, lead seasonal hurricane forecaster with NOAA’s Climate Prediction Center.

Strong El Niños and wind shear can inhibit the formation of hurricanes in the Atlantic Ocean, NOAA noted in a news release. Warmer ocean temperatures can fuel their development. Atlantic hurricane season runs from June through November.

It is especially important to be prepared if there are babies, elderly, ill persons or special needs persons in the home, to ensure all needs are properly met in case a hurricane affects the area. Here is a hurricane safety checklist to help you in preparing: